Jim Vogelman, world-celebrated organist gives thrilling, memorable performances nationally and around the world. His music reflects not only impeccable techniques honed over years of serious music study and performance, but two other dynamic qualities as well: the first, a virtual genius in the art of arrangement, and second a heart which seems to be engaged in an ongoing love affair with the elements of beauty, style and excitement.

Jim readily admits that his theater organ training is "so very much a part" of his arranging skills today. As such, renderings by this sparkling artist have been described by some as smooth, sophisticated and elegant. Accomplished musicians are awed by his skill and creativity as a musical arranger, immediately identifying  tasteful applications of lush chords, rich voicing and sophisticated thematic development that is at times, even playfully "sneaking in" an unexpected, yet most delightful secondary theme.

A professional career began for this virtuoso at the young age of nine, when he was engaged by the Wurlitzer Organ Company to perform both live and on radio. From there, demands for his talents spread to nationwide television, sporting and stage venues and by the age of fourteen he was selected to perform on the John Wanamaker Grand Court Organ in Philadelphia, a concert organ regarding to this day as the largest in the world.

Because of his exceptional talent as an arranger in the digital medium, Walt Disney commissioned him to transform its' annual Orlando production, "The Glory and Pagentry of Christmas", by adopting the original, traditional organ score into a rich and thrilling digital orchestration, which he performed in addition to his own

His extensive background includes work in theater pipe organ, electronic and classical organ and music ministry for numerous denomination. He conducts master class workshops nationally.  Jim has been featured as an opening for the INK SPOTS, The Platters, Ralna English and Ken Delo of the Lawrence Welk Show, stars of the Grand Ole Opry and The Four Lads. 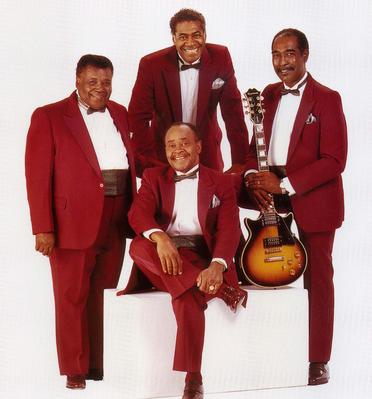 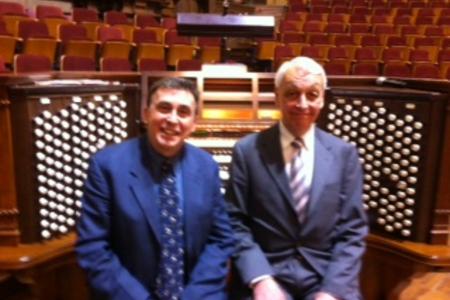 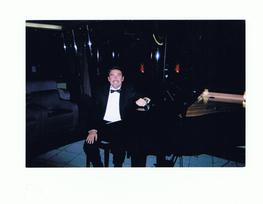 As staff artist for the Lowrey Organ Company, Jim has become a" repeat favorite in the United States and Europe" where he travels extensively, performing and conducting workshops. Annual events include the Home Organ Holiday UK, The Black Pool Organ Festival, Peterborough Home Organ Holiday, The Frankfurt Music Festival, OKEY Magazines Keyboard Festival and most recently, a new tradition, an annual visit to Temple Square as host to an afternoon of sacred music at Christmas time.

Jim was named Musical Director of the internationally famous THE INK SPOTS in 2009 and now owns the registered service  US  patent trademark act.